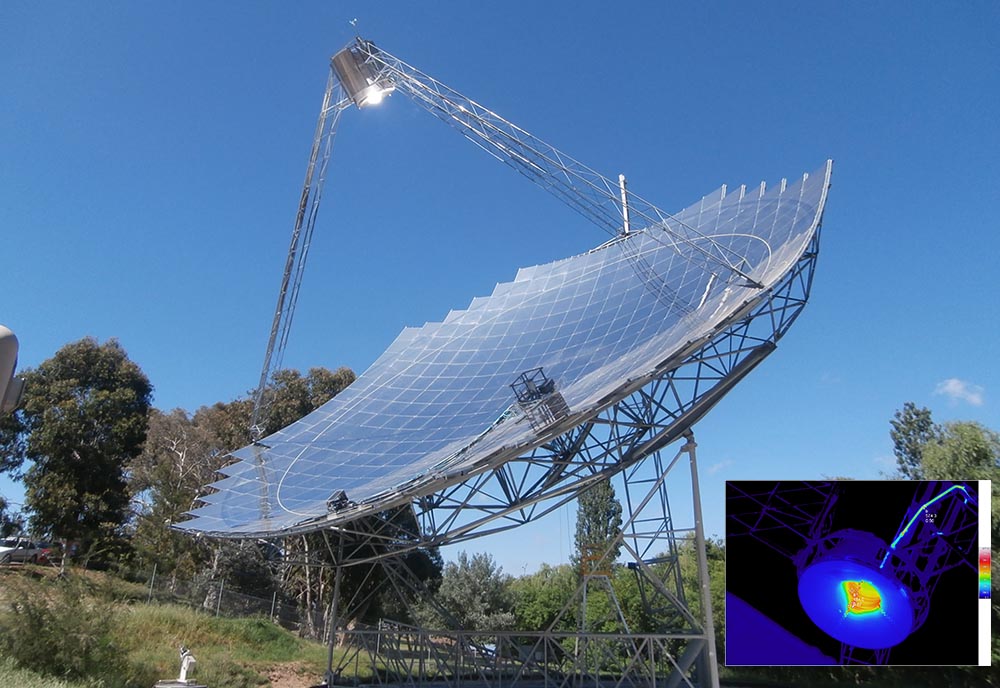 The Cavity Receiver Project has the objective of increasing the understanding of thermal loss mechanisms and increasing the efficiencies of high temperature solar thermal receivers. A ‘receiver’ is the device at the optical focal region of a solar concentrator (in this case, the ANU’s 500 m2 ‘SG4’ Big Dish). The role of the receiver is to convert focussed solar radiation into thermal energy (heat), which can be carried away by a heat transfer fluid (in this case, water/steam) for storage or further energy conversion downstream. The dish features a two axis mechanism for tracking such that it can point directly at the sun throughout the day. The orientation of the receiver relative to the horizon changes throughout the day as the dish tracks the sun. However, the receiver remains in a constant position relative to the dish reflective surface, which means that the shape of the flux profile incident on the receiver is consistent, with the heat intensity changing in proportion to the incoming solar radiation. The receiver features water / steam as the working fluid to match the existing ANU dish facilities. It is a once-through helically wound tube design. The new receiver is designed for peak steam condition values of up to: - Receiver Inlet: 50°C, 160 bar - Receiver Exit: 600°C, 150 bar The forming of the pipe and tube was controlled with CNC rolling machines and checked using laser cut templates. The special geometry of the coil presented added complexity for assembly and welding. Every butt weld was radiographed, all attachment welds, LPI tested to ensure a quality product. 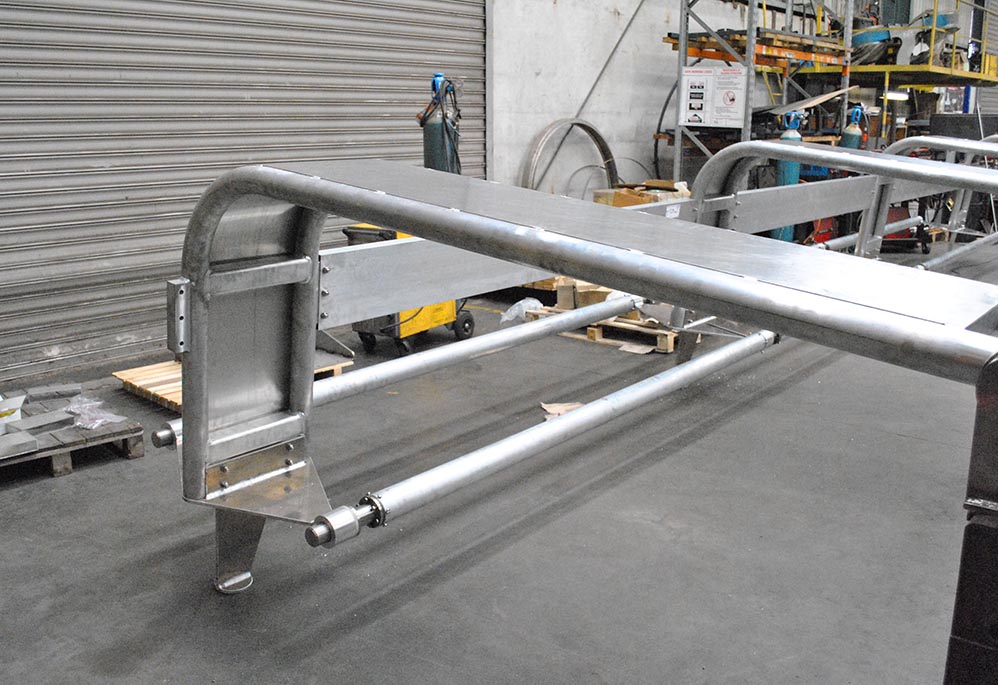 The assembly consisted of 4 units with several machined items to close tolerance. A trial assembly was carried out to ensure shaft housings line up. The item was then disassembled and transported to site for reassembly. The project was a novel method of recovery low grade energy from water flowing in canals. 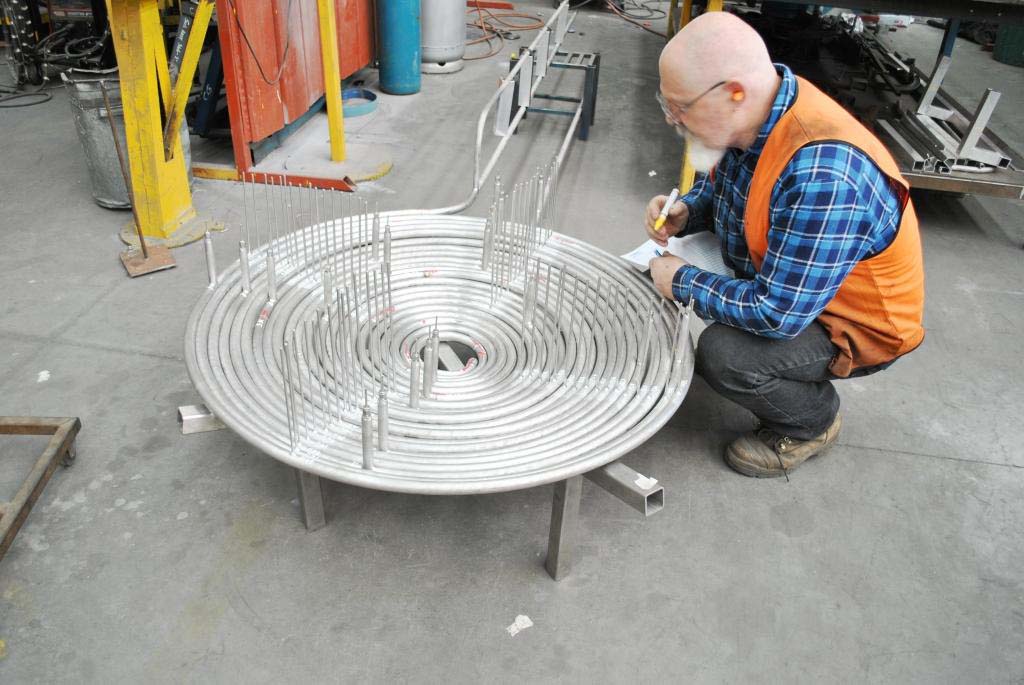 The compact steam generator coil was hydrotested to 35MPa for 60 minutes. The manufacture also involved the welding of several thermocouple tapping points to measure the temperature profile of the coil at working conditions.